Unlocking the Key to Japanese Architecture
by Kelly Waterbury

The word ‘pub’ is misleading to a foreigner in Japan, please don‘t forget this if you go there for a visit. As I learned during my visit to the land of the rising sun, misinterpreting a simple word can take you places you never dreamed of going. Honestly, I never intended to visit a hostess bar as part of my Japanese experience. My goals were more pure, like experiencing the tea ceremony, a Shinto temple, a true sushi bar, and Japanese baseball.

In case you’re not familiar with the concept, a hostess bar is a place which caters to men. It is a place where the female employees work to boost and enhance the male ego. It’s a devolution of the high-class geisha tradition, however, today in Japan, many of the hostesses are foreign women. Apparently a few months working as a hostess could earn me enough money to travel the world for years. But I never considered the idea, especially as my older, very protective sister was sure I would be sold into the sex-slave trade as soon as I got off the plane in Tokyo. In order to prove her wrong, as all younger sisters want to do, I attempted to stay away from these unsightly places. Later during my stay in Japan I realized these hostess bars had been all around me all the time. Apparently Japanese culture was not as reserved as it would have you believe. Who knew that these infamous hostess bars could be found in wayside rural towns? Definitely not I. It took me a while to single them out, but once I learned to see the subtleties of Japanese architecture I began to see ‘love motels’ and hostess bars appearing on every corner.

Before I continue with this tale I must admit this was not the first time I walked into a hostess bar in Japan. The first time I made this mistake the sign outside read “PUB”. Thoughts of Irish music and pub food danced in my head. The sign was extremely misleading to a Canadian woman who once in a while lost her head and pinned for things western. The first time I entered a hostess bar it may have been an understandable mistake. I was new to the country then. Once I realized what was going on, I was in and out as soon as I could finish my beer--priorities you know, you‘ve got to stick to them. As I said, the first time I entered a hostess bar, it was an honest mistake. I was new to the country and I was still having trouble understanding the architecture of Japan. Temples and shrines I knew. I had that one down. But other buildings were often a mystery. You see, architectural ’reading’ is a skill you develop slowly when travelling in a foreign country. In my case, very slowly .

Let me explain. For a tourist in Japan, it’s not easy to discern what kind of place it would be on the inside based on the building’s appearance on the outside. That’s one of the biggest problems facing a foreigner in Japan. Because the architecture is so different and the use of space is so different, a hospital is not obviously a hospital and a bank is not obviously a bank. Once I remember walking into a travel agency in the small town of Shizu and asking them if they could change some money for me. “Uh, no, the bank’s across the street, honey.” Another time I remember walking into a hospital when I thought it was a mall. As you can imagine, problems and misunderstandings are liable to occur… 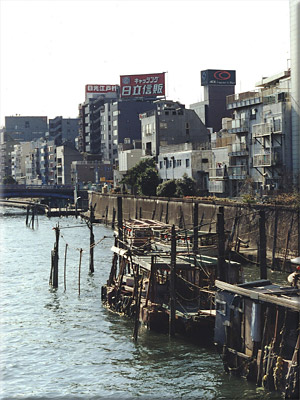 You can probably see where I’m leading with this. Let’s be honest, I was not to blame for the second incident either—I was talked into it. My younger sister, who I was traveling with, was pestering me about this cool looking bar she had passed by several times. True enough, I was in search of a new, cool, local hangout, and this one could be it. Which brings me to another interesting fact about time spent as a foreigner in Japan (or gaijin which literally translates as ‘alien’ in Japanese). Although I was staying in a rural town, it was still crawling with gaijin from all over the western world. Sometimes it was great to sit at a bar and talk to other people in English, not Broken-Japanese and not Jap-lish. Most of the time, however, I wanted to get away from ‘my kind’ and see the real Japan. Hence the search for the hangout that no other foreigner knew about. It became almost a competition between gaijins. In casual conversation about the weekend you might say to some westerner you‘ve recently met, “Oh, we just went out for a few beers to a small place in town .” Be as elusive as possible because you don’t want to give out the secret location. To a close acquaintance you might say, “You gotta come with me next time I go,” and feel very proud of your discovery. But slowly as you brag and take others there, the word gets out and the next thing you know it’s the newest gaijin hot-spot and you have to start your search all over again. It’s an unspoken yet competitive business.

So I finally went to this mysterious bar which was located on the second floor of a nondescript building. We stood outside the bar for twenty minutes debating whether or not to go in. True enough, it looked really cool. Looking up through the windows I could see it had a disco ball spinning alluringly and painted silhouettes of musicians decorating the interior. I could see a stage covered with instruments and plush velour couches. As I was gazing up longingly, my sister commented, “Maybe they have live bands.” Oooo, low blow. She knew that seeing live music was one thing I missed from home. She knew that comment would peak my interest and strengthen my resolve. Still, I told her, “I’m nearly positive it’s a hostess bar.” “How can you be sure?” she challenged. She had not been in Japan as long as I had and she had not yet learned how to read the function of a place based on its architectural style. Although I was still working on this skill, I had also learned to trust my instincts after getting into dozens of jams while exploring life in Japan.

However, curiosity got the better of me, as it always does, and as my sister knew it would. She had won, so far. We decided to go in and ask in our crazy, street-Japanese, if this was a hostess bar or a regular bar (men and women welcome). So we tried the direct approach. The only problem was that neither of us knew the word for hostess bar in Japanese. There had been no need to learn it before now and the handy pocket-o dictionary was at home. (Later I learned that the mysterious word was ‘snack-u‘, a derivation of the English word, snack). So I improvised. As soon as we walked through the door, two decently dressed women approached us. “Sumi masen”, I began (Excuse me). “Hai, dozo”, one young woman replied (Please, come in). My sis and I exchanged glances which said, “If they’re inviting us in they obviously think we belong here, therefore, it is not a hostess bar for men.” But I wanted to be sure. I wanted to make no assumptions. I didn’t want a repeat of my first experience at the ‘pub‘. As the veteran between us, I was supposed to be learning from my mistakes, catching onto things here, and passing on the wisdom. So I pursued the issue further. “Is it okay for us to be here?”. “Of course,” the other young woman beamed, “please, come in.”. They seemed so friendly, and they were women after all. Language barriers aside, they must have known what I was getting at. So in we went with visions of getting to know the staff and the locals, of meeting cool Japanese friends, of having a Japanese Cheers-like experience. Things were looking up…

Any doubts we had about the status of this bar disappeared when our first beers arrived with women, snacks, and free karaoke. There was something vaguely familiar about this situation….All I could think of (remembering the first time I made this mistake) was, “Wow, this is going to be really expensive.” But I was inside and already committed to enjoying one beer, and hey, I reminded myself, I was here in Japan to experience the culture, right? So maybe this was the underside of Japan, but I was at the heart of it.

It ended up being a fabulous night. Our hostesses were two lovely women from the Philippines. Once we set up some boundaries, like no hand-feeding us food, and no hands on thighs (which happened to my sister shortly after we arrived and I laughed as she jumped out of her seat), then things quickly became comfortable. We still allowed them bring us snacks, to program our karaoke songs, and to fill up our shot-sized beer glasses. We were going to pay a fortune for this cultural experience, so we had to be sure to get our money’s worth.

By the end of the night we were rocking the place. We were up on the stage, playing the drums, playing the maracas, singing into the mike, wearing sombreros (in Japan?), and doing some generally wild renditions of really bad 80’s songs. When we left I realized we had been there for a few hours, yet although we had only ordered two beers each, the bill was a whopping 9680 Yen. That’s roughly $130 Canadian. Was it worth it? We left that night with smiles on our faces agreeing that it was. It didn’t turn out to be our new hang-out, but after all, how many foreign women get the chance to see that side of Japan? And did I make that mistake a third time? Let’s just say I got better and better at reading Japanese architecture. The moral of this tale is, if you ever go to Japan keep your eyes and ears open and don‘t take anything for granted. Gambate (good luck) as they say, but kiwosukete (take care). 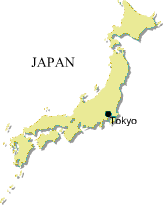