The campaign by the large-scale game ranchers and some Members of Parliament to get the Kenyan government to repeal a ban on wildlife hunting imposed 27yrs ago, has gained momentum.
Members of Parliament from areas with large populations of wild animals, including the speaker of the National Assembly, Francis Ole Kaparo, are spearheading the drive to lift the ban imposed by late Jomo Kenyatta, the founding and former president of Kenya.
A private member’s montion brought to parliament on by Karuiki of Laikipia west declares 'legal notice number 120 of 1977 (officially)' repealed. This is the gazette notice that banned all hunting of Kenya’s wildlife in 1977.
Titled 'Proposal Amendment to the wildlife (conservation and management) Act, the main thrust of the Bill is to have the ban lifted and to co0mpel the Kenyan government raise the compasation of wildlife victims from $384.6 to $ 128,205.
Karuiki defends his montion saying that he is seeking the amendment of the Act to regularise all hunting that has to be routinely undertaken by or through the Kenyan Wildlife Soceity.
In addition to the Bill, a document titled 'Wildlife Conservation and Management Policy', prepared by Kenya Wildlife Society board last February, okays game hunting and says licenses will only be given to those who have passed the examination necessary to acquire a full professional hunters’ game animal license. 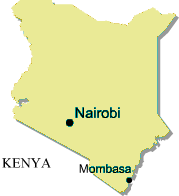