At dawn on the 22nd January, Pearson continued his advance in the hot, muggy conditions. A mounted patrol led the column, with Lieutenant Wynne’s Royal Engineers and Pioneers following ahead of the Infantry to repair the track for the wagons. A few miles north of the previous night’s camp, the column crossed the iNyezane Stream and stopped for breakfast and to allow the wagons to catch up.

Ahead of them Pearson could see three spurs descending towards them that appeared to all come off a plateau. The track wound its way up the crest of the central spur and disappeared behind a large rocky knoll to the right of the track. On either side of the central spur the ground dropped steeply into deep ravines.

By 8.00am the wagons had arrived and were a few hundred yards to the rear of his fighting force, when a sentry called out, pointing in the direction of the large rocky knoll halfway up the central spur. A small impi of Zulus stood on the knoll gazing down upon Pearson and his resting column. Officers and NCOs shouted orders and the men hurried off to their Company positions. Pearson immediately ordered Lieutenant Hart, with his company of Natal Native Contingent, to try and capture the Zulus, but as Hart and his men began moving up the track, the Zulus disappeared behind the knoll.

When Hart and his men rounded the knoll they saw the Zulu impi moving up the spur to their east 500 yards to their right, and Hart decided to follow. As they sped down the side of the central spur they discovered the undergrowth in the ravine to be thick and the ground wet and muddy, making it difficult to get out of the ravine and clamber up the spur to the right. As they struggled their way out of the ravine and started to ascend the spur, a large force of Zulus appeared on the crest directly ahead of them, opened fire and charged down towards them. Hart’s company of NNC were poorly armed. Five possessed Martini Henry rifles. About another dozen had old-fashioned weapons. As the bullets plummeted into the grass around them, they fled back into the undergrowth in the ravine, leaving a handful of officers and NCOs to fend for themselves.

When Pearson heard the firing he led two companies of Buffs up the track. As they rounded the knoll, they saw thousands of Zulus on the spur to their right and he ordered the Buffs into a firing line and opened fire on the Zulus.

Meantime the two Royal Artillery field guns had come into action and seconds later Commander Campbell’s Naval Brigade rounded the knoll with their 7-pounders and opened fire. Then came Midshipman Coker with more Naval men, who had lumbered up the track with Coker’s treasured Gatling gun.

The eighteen year old Midshipman Lewis Cadwallader Coker had already seen six years service in the Royal Navy and treasured the ten-barrelled, hand-cranked machine gun which was capable of firing 450 rounds a minute, and was mounted on a light artillery carriage. But the Zulus were on the move, heading down the spur towards Pearson’s breakfast spot and the wagons.

Lieutenant Barrow saw the Zulus descending the spur to the right, dismounted his Cavalry Unit near the breakfast spot, and two companies of Buffs and some Royal Engineers, that had been escorting the wagons, fell in alongside the Cavalry, and opened fire.

For 20-25 minutes the battle raged from the crest to the bottom of the central spur with the Zulus. Then the Zulus approach, towards the breakfast site and wagons, stopped, and they started to fall back up the spur. And from the knoll, Coker with his hand-cranked ten-barrel Gatling gun opened fire, scattering the Zulu force on the right spur.

Pearson then noticed a large Zulu impi gathering on the top of the spur to his left, in and around an old kraal, and realised they were up against a substantial force who were trying to surround them, using the left and right spurs as the horns and the central spur, on which they had first been spotted, to launch the head and chest against his column while they breakfasted, and steel the cattle and supplies on the wagons. It was fortunate his sentries had been diligent.

Pearson ordered Commander Campbell, with the Naval Brigade, to proceed up the track beyond the knoll to shell what he realised was the Zulu right horn gathering in the abandoned kraal. Under cover of fire from the remainder of Hart’s NNC and Royal Artillery; who quickly swung their guns onto the crest of the left spur; the Naval Brigade, a company of the Buffs and Cocker with his Naval men man-handling the Gatling gun, dashed to the crest of the central spur and the fire power they delivered upon the Zulus in or around the kraal was so devastating that those gathering in that location were driven off, fleeing in all directions, leaving the kraal in flames.

Lieutenant Barrow’s Cavalry, the Buffs and Engineers had meantime proceeded up the right spur in skirmishing order. Their advance up the spur; and with Pearson’s men positioned near the knoll, who continued to fire; sent what was the left horn and head and chest of the Zulu attack scampering off into the wilderness.

The Coastal Column had been assaulted by a Zulu force of about six thousand men of the inGulube, the iSangqu, the uMxapho, the isiGwegwe and iNsukamngeni Regiments, commanded by a 60-year old induna called uMatshiya. uMatshiya’s force had been driven off by Pearson’s rapid reaction when Hart’s NNC had come under fire and the quick reaction of others in the breakfast area. But they had not been destroyed. They had fled in order to re-assemble, leaving about 350 dead.

On the 23rd January, Pearson arrived at the Eshowe mission station where they constructed a fort 200 yards long and 50 yards wide, with walls 6 foot high and a moat 7 foot deep and 20 yards wide surrounding the entire position. As far as Pearson was concerned everything seemed to be going well.

It was on the morning of the 28th that Pearson received a telegram from Lord Chelmsford, sent from Pietermaritzberg to Fort Pearson and delivered to Eshowe by a native runner, advising that a catastrophic event had occurred to the Central Column on the eastern slopes of ISandlwana Mountain. And a few days later Pearson realised that his force at Eshowe were besieged. 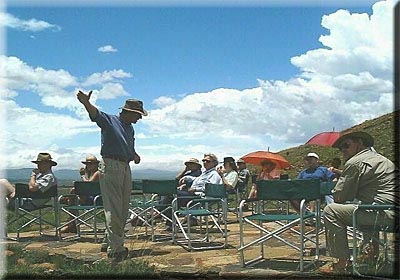 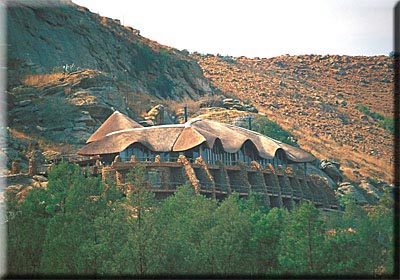 Next Month The Battle of ISandlwana