We wanted to visit the village on the way north, but it was raining and we were late. We did stop a few days later on our way back south to Toronto.
We drove through forest turning into its full autumn glory to the site, on the edge of the great lake. We were late, it was due to shut in 45 minutes, so we parked in the huge empty car park, paid our entry fee and rushed in through the carefully reconstructed wooden palisade – some ten feet high so that it was impossible to see over.

The main courtyard was the Jesuit part and though made of wood, very western with chapel and bunkhouse and even students dressed as priests to explain the situation. I was amazed to learn that the missionaries had only lasted a few months there. They built the compound, converted a few Huron, brought in their diseases – smallpox, most died off themselves and the rest were massacred by the Indians. No wonder really when they were doing their utmost to destroy a successful way of life. What surprised me most was that the site was thought worthy of such a massive reconstruction. It was more interesting as you got into it. The wigwams made of sheets of bark and small branches – small but with room for a fire. The long house – lined with bunks and with a huge central fireplace, designed to keep the whole extended family alive in the long cold winters. The missionaries would have done better to have copied the Huron, than to try to survive in the large western buildings.

Outside the stockade there was a route down to the lake and some canoes turned up in storage. The size of them impressed me and the economic way they were made; bark stretched over branches again, stitched with twine and water proofed with resin. Each seemed big enough for about six people to me. I would like to have seen them paddled across the lake. 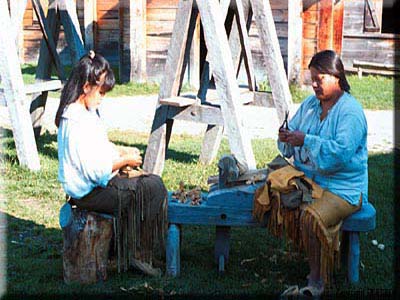 The tearoom and shop were shut when we had to leave. We crossed the car park and had our own snack under the trees.

What a strange place it was. We had seen some Huron, a man in the long house who explained the way the tribe survived the winter, and two women in the courtyard making dolls of skin and wood. They seemed proud of their ancestry, but I felt that there was a tension in the air. The Huron had driven away the first missionaries, but now were entertaining an influx of tourists eager to regain their closeness to nature, but only from the comfort of their modern cars and homes. 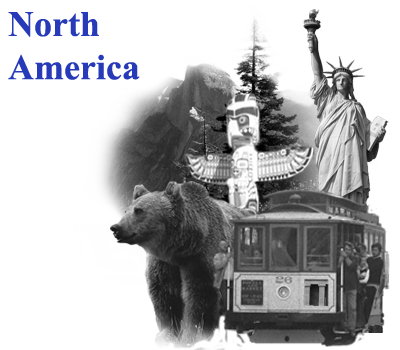 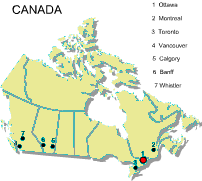