A Trip to the Ruins

The beautiful and surreal ruins of Copan, deep in the green mountains of Western Honduras, were once a part of one of the great cities of the Mayan world, where the blood of human sacrifices flowed to perfect Gods, and astronomers and mathematicians crafted their advanced explanations of the universe. They were first discovered rotting in the tangled overgrown tropical forest by British archaeologists in the late 1800s and today are visited by thousands of people every year, hot on the Mayan route. Like them, we were eager to see this mystical piece of Mayan history, to taste that otherworldly quality that had attracted writers and artists to this side of the world for a century. The morning air was clammy and thick as we set out from the little whitewashed cobble-stoned ‘pueblo’ of Copan Ruinas, adjacent to the ruins. It was rainy November and the mist rolled down the sides of the mountains around us like froth but the sun was a furnace on our backs. The trail out of town ran by the roadside for about one kilometer underneath the shade of a line of trees. To the left of us were a few animals feeding in the bright green of a fertile pasture, undisturbed. A group of tourists passed us by on horseback, lead by a skinny Honduran with sombrero and boots. They were following another trail, probably up the hills, or to the nearby caves.

The site of the ruins lay in a densely vegetated valley, down a long cool pathway through the woods. The skeleton of an old airplane runway sat behind us, still visible remnants of another not-so-distant time of colonialist expeditions and academics, though coated over by a mantel of fluorescent grass. As we began to walk we heard a convolution of strange squawking yelps from near the gate, like the agonizing screams of a small child. They belonged to a series of multi-colored and expressive macaws, perched at the entrance to the park from where they complained to the passing tourists, asking for food and observing people curiously, with their human eyes. We went through gate and were suddenly aware of the immensity of these impressive grounds, that divided into various areas. The Great Plaza was imposing, vast and awe-inspiring, but also solemn and peaceful, the worn grey of the tall ruins contrasting strikingly with vivid colour of the freshly cut grass. We walked, climbed, sat, and moved on to see the other great temples and courts with their intricately carved serpents, toads, and monkey faces, the portraits of its ancient leaders, 18 Rabbit, Smoke Monkey, and his son Smoke Shell, among other amusingly named ones. At the Ball Court we rested on some steps, our legs dangling, imagining the dread with which the two teams would probably play this game, scoring to save their own lives. Life was expendable. And at the tomb for Yax-Pac, in the Plaza of the Jaguars, we stood for a second looking down over the river, hypnotized by the endless landscape.

To the back of Yax-Pac’s final resting place were some largely unkempt and abandoned-looking ruins of buildings, most of which had existed as residences at some point in the ancient Maya timeline. It was tricky to walk through them, the ground was uneven and unclean, consumed by weeds and tree roots. Spiders and bees had made their homes, here, undisturbed. A disheveled-looking family stood outside a small wooden shack next to these crumbling ruin stumps, looking on at us, as if we had trespassed. Beyond the shack and even the tree line lay countless mounds of unexcavated and unexplored territory, with ripe archeological finds below ground. I found this fact extraordinary, given the hunger with which archeologists everywhere tend to work. We struggled up a gravel pathway that shot off from here and resumed our walk back to the entrance of the ruins, to make our exit. I noticed then that all around us the ground seemed to be moving slowly. Insects and butterflies and hairy multi-legged creatures were flying and crawling in and out of the brush, attaching themselves to our clothes, and the forest seemed to revolve with secret life from underneath the leaves and dirt. It was a bizarre sensation, like standing on an airport people mover, but with bugs. On our way up, we met one of the ruins’ veteran guides, an elderly man in a straw hat with a wise and playful face, who spoke many languages and who wanted to know where we were from. I told him I was Portuguese. He whistled and sang a song in rusty Brazilian, Lisboa Antigua, and asked if I knew it. I said I didn’t.

On the way back to Copan Ruinas, a little boy asked us for money, following us. He looked like every other boy here – dusty, barefoot, and malnourished. I asked about his parents and he said he didn’t have any, that he lived with a grandmother, or an aunt. He was in his fifth year at school and his classes were with seventy other children. Next year in school would be his last, as education here is only free up to year six. He was only ten years old. He said he would have liked to study on, but his family could not afford it. He mentioned something about his father being murdered, although I only caught this much later, as I went over the conversation in my mind, like a notebook. I had heard about a man being killed violently in a nearby village, indigenous-rights related, and wondered whether it was the same one. I gave him some money, and then we said goodbye. He was a calm spirit despite his hardships. I thought about the ancient Mayan glories and its strange pathways of descendency, so evident in the survival capacity of this boy. 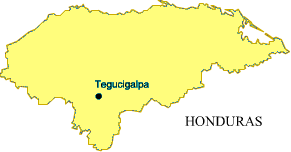