The Re-Election of Mayor Edward Hagedorn
By Antonio Graceffo

The environmentally conscious Mayor Hagedorn was sworn into office to the backdrop of the Pista Y Ang Kueban, the annual Feast of the Forest, tree planting festival.

At four o’clock, in the humid dark of a Philippine morning, buses and trucks begin unloading their human cargo. While the vehicles return to the city, to collect the next batch, the volunteers congregate around a stage, in an open field, enjoying the guitar riffs of a live rock and roll band. Grandfathers, grandmothers, children, soldiers, students, police, teachers and city employees have all turned out for the Pista Y Ang Kueban, the annual Feast of the Forest, tree planting festival. 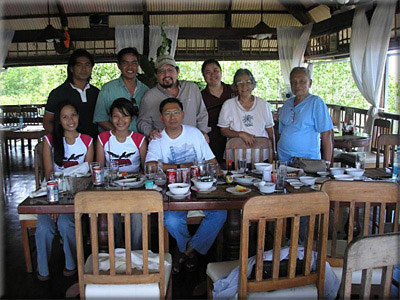 By 9:00 AM a crowd of more than 30,000 people is expected to plant trees, adding to the hundreds of thousands which have been planted in previous years.

The tree-planting festival is just one of the many environmentally motivated programs implemented by the city’s Mayor, Edward S. Hagedorn. It was only fitting that the Mayor, who was recently re-elected in a landslide victory, should take his oath of office among the reforestation festivities.

“I feel great! Because our beloved Father of the City is back to serve the people.” Said Dennis Santos, a long time resident of Puerto Princesa who turned out to plant trees. “The mayor’s re-election is important not only for the city, but for the people living in it. He has done so much for us.”

Since his first term of office, in 1992, Mayor Hagedorn has arguably become the most famous small-town mayor in the world. In addition to winning a slue of international prizes and awards, the mayor has been heralded by the press as a modern-day Robin Hood, walking around with a sack of money giving patronage to the poor. His critics have called him an old-style ward-boss, buying the hearts and minds of his constituents. For the People of Puerto Princesa, however, he is recognized as the man who greatly increased the quality of their lives. In the face of a Philippine federal government, which CNN referred to as “The most corrupt in the world,” Mayor Hagedorn appears to be the one man they can trust.

His opponent in the recent elections was Ret. Gen Eduardo Matillano.

“The General’s unofficial slogan was eliminate or assassinate.” Said a journalist, working in Puerto. 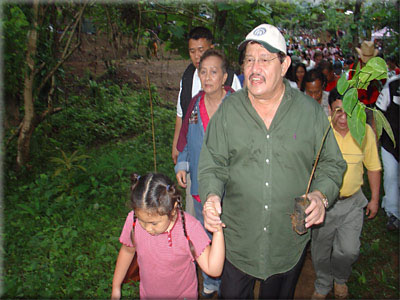 The threat was taken seriously. Leading up to the election, security was tight, with the mayor constantly surrounded by uniformed SWAT team members, carrying assault rifles.

“The General was involved in so many bad things in his term as a police general.” Said Dennis Santos. “Mayor Hagedorn won because the people trusted him more than the General.”

Santos went on to say, “Before mayor Hagedorn took office, life was bad. There was illegal logging, illegal numbers, and crime.”

Other residents said, “The streets of Puerto were filthy. The garbage wasn’t picked up for days or even weeks.”

At that time, the city dump was located only a few hundred meters from a school. “I couldn’t believe that the students and teachers had just learned to live with the smell.” Said Mayor Hagedorn.

“The quality of life is much better here than in Manila, financially and environmentally speaking.” Said Dennis Santos. “His campaign for the love of nature really helped us. The air here is fresher than the polluted air of Manila.”

Knap Sitchon, an NGO worker had this to say, “I am so proud that he was reelected, because I voted for him. His re-election is important, because of the preservation of the environment. He loves nature. He’s the best. Without Mayor Hagedorn, Puerto’s environment might be in big trouble.” 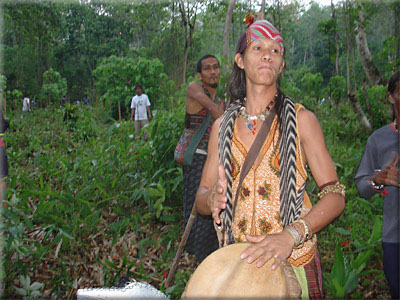 , “When in comes to the quality of life in Puerto, all I can say is that, we live in a peaceful and wealthy environment. We have lots of job opportunities here. We have clean surroundings, and the people are disciplined.” Said Knap Sitchon.

“The mayor’s greatest achievement was Putting Puerto Princesa City and the whole of Palawan Island on the map.” Said Dennis Santos. “Before, all anyone knew of this place is that it was a leper colony. Also, the outcasts of the country were sent here to finish their sentence in Iwahig Penal Colony.” One of the greatest strengths of Puerto Princesa is the people’s sense of community involvement. Every club and civic organization was represented at the festival; Girl and Boy Scouts, the JCs, Lions, Rotary, Women’s League, sports teams, and soldiers both male and female. Visitors came from as far away as Taiwan as well as representation from the provincial governor and mayors of other parts of the Philippines. Two rock bands and a traditional Filipino band were hired to entertain the massive crowd. Even Mrs. Philippines was there to smile and plant a tree.

“He just turned the city into the cleanest city in the whole country, known to all, not just here in the Philippines but in other countries.” Said Knap Sitchon. “His greatest achievements are the conservation and protection of the environment, and creating a more progressive Puerto Princesa. He taught us that we might not be able to show our richness to the next generation, if we were not able to protect the environment today.”

The Mayor’s message has been carried to the entire population.

“I am here to plant trees so we can preserve the natural ecology of Puerto Princesa.” Said a 17 year old high school student, named Alessa. She was accompanied by a large group of her schoolmates, all wearing matching T-shirts.

A man named Antonio and his wife were waiting patiently for their turn to plant a tree. “I have been planting trees with Mayor Hagedorn since the beginning. My wife and I grew the seedlings on our farm and then gave them to the school children to plant.” He marveled at how large the festival had become. 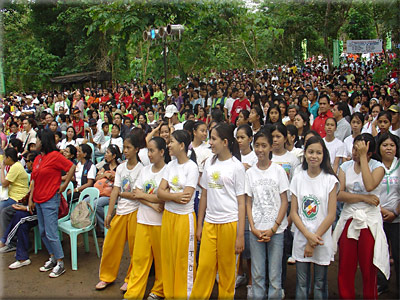 A hush fell over the crowd, as up on stage, the rock band was replaced by a priest who said a Catholic mass. After reading from Saint Paul, a verse about the importance of service, the priest said, “I am quoting from Spiderman, With great power comes great responsibility.” He went on to say that Mayor Hagedorn, unlike many others in politics, uses his power responsibly, to help the people.

The moment had finally come when Mayor Edward S. Hagedorn would mount the stage and take his oath of office. The oath and the speech following, were relatively short, compared to the long-reaching impact he has had on the history of Puerto Princesa.

City officials were called to the stage to release birds, to signify a prayer for peace. Next, they released butterflies, signifying their love of nature.

After a thunderous applause, the mayor thanked his constituents, and took his leave. Manny Pooh, the most popular stand-up comedian in the Philippines, seized the microphone quickly taking the crowd from a somber moment to an occasion of raucous laughter.

In the positive energy of the morning, citizens speculated about the future of their beloved city.

“In the next ten years there will be no more squatters living by the shores of Puerto Princesa.” Said Knap Sitchon. “The mayor has already built good resettlement areas they can live in. More tourists will come to visit, and the city will have a greener environment.”

“In the next ten years we hope that the city will be more urbanized and more and more tourists will come to know Puerto Princesa. It is the Last Frontier.” Said Dennis Santos.

Antonio's Motivational, spoken word CD Around the World and Back to Your Beginnings is available at http://cdbaby.com/cd/graceffo