I woke at first light. Donning a robe I opened the door and stepped out onto the balcony. The sunlight was just caressing the peak of Isandlwana but the plains below were still immersed in that half light that produces shapes and shadows to stimulate the imagination.

In the silence of the dawn, the mind was free to conjure up sounds from the past:

The call of a bugle bringing men to arms

The boom of the cannon, the whine of the shell, its explosion echoing between the hills:

Howls from Zulu women on the high ground, urging on their menfolk now racing through the tall grass and onto the slopes of Isandlwana

The sound of dying men

And as the sunlight fills the valley, reflecting off the white stone cairns that now stand on those same grass covered slopes, finally I hear: 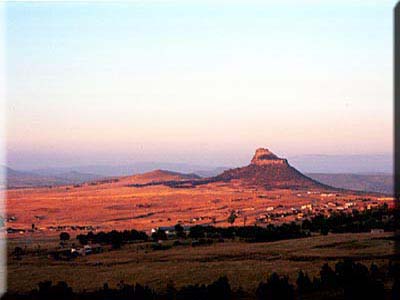